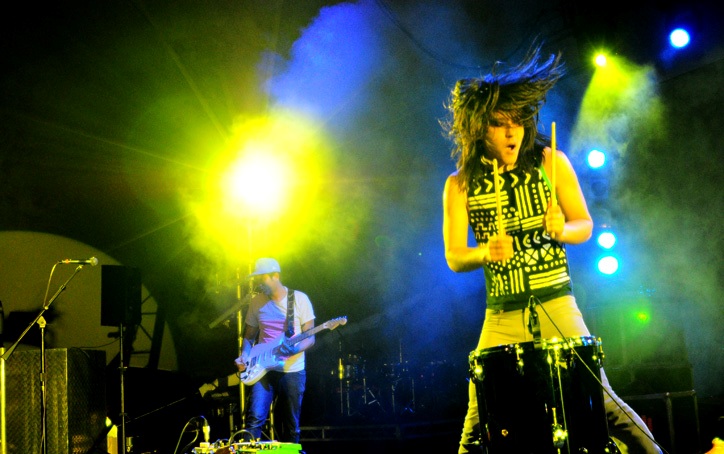 Health was created after its members agreed the name should be an “everyday word.” After reviewing a long list of terms, “health” was the only one not taken.[6]

Health first gained reputation through a remix of their song “Crimewave” by experimental electronic band Crystal Castles in August 2007. The rendition helped broaden Health’s audience in anticipation for their full-length debut a month later released under LovePump United. The band’s self-titled album was recorded in L.A.’s noise/experimental venue, The Smell. Known for its DIY mystique, Health knew how difficult, yet rewarding, it would be to record in the space. Famiglietti said in an interview, “The room completely changes the tone of anything you want to record; makes a lot of things dark and beautiful. It also