Hoverboard dentist is jailed for 12 years for Medicaid fraud 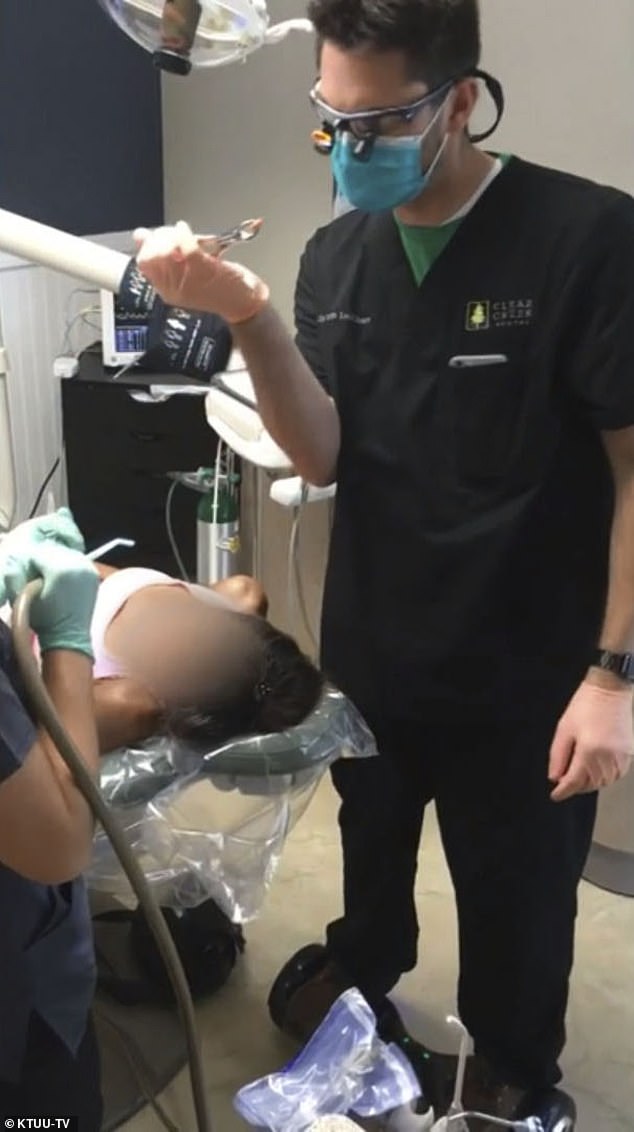 Hoverboard dentist is jailed for 12 years for Medicaid fraud

An Alaska dentist who pulled out a patient’s tooth while riding a hoverboard has been jailed for 12 years for reckless endangerment and a $1.9million Medicaid fraud.

Seth Lookhart joked about the hoverboard stunt in a video he sent to friends, and messages showed him bragging that nobody would ever uncover his crimes.

But he was was convicted in January of a ‘lucrative’ fraud scheme in which he pressured his patients to undergo unnecessary sedations so that he could send Medicaid the bill.

‘In reviewing all this over and over again, I have this visceral response – you darn near killed some people,’ Alaska judge Michael Wolverton told him on Monday, according to the Anchorage Daily News.

Dentist Seth Lookhart was filmed removing a patient’s tooth while riding a hoverboard at Clear Creek Dental, in Anchorage, Alaska in July 2016

In the hoverboard video, Lookhart balanced on the board while extracting a patient’s tooth before cheerfully zooming away into the corridor.

Lookhart sent the video to friends and joked about the procedure being a ‘new standard of care’.

Investigators tracked down the patient, Veronica Wilhelm, who was sedated and had no idea about the hoverboard stunt.

She testified in court last year that she was ‘pretty livid’ when she discovered what had happened.

‘When did Dr Lookhart get your approval to take out your tooth on a hoverboard?,’ prosecutor Joan Wilson asked in court.

‘He never did. I obviously wouldn’t have approved that. That’s dangerous,’ Wilhelm said in reply.

‘If you were awake and not sedated when Dr Lookhart came into the operatory on a hoverboard, what would you have said to him?,’ Wilson continued.

She said: ‘I think you have to be pretty narcissistic, you must be pretty full of yourself to think you can pull someone’s tooth out on a hoverboard.’

During cross-examination, defense attorney Paul Stockler apologized to Wilhelm for the dentist’s actions.

‘I want you to know that as his lawyer, I apologize for what he did on that hoverboard,’ he said.

‘It’s unacceptable and you can be assured that when I agreed to represent him, I got in his face and told him what I thought about him for doing this, which I think needed to be done.’

Pictured: Lookhart riding his hoverboard in Clear Creek Dental. Afterwards, he texted the video to several of his friends and the clip was used as evidence against him 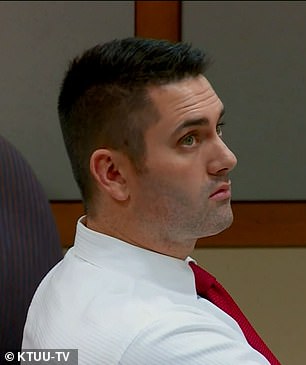 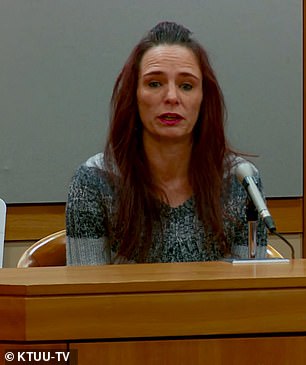 Patient, Veronica Wilhelm (right), was sedated at the time with no idea she was being filmed or Lookhart was on a hoverboard

Wilhelm was also angered that Lookhart sedated her son for a teeth cleaning, she said at the time.

Prosecutors said the hoverboard stunt ‘did not conform to minimum professional standards of dentistry’.

Lookhart admitted carrying out the hoverboard procedure, but had denied the Medicaid fraud of which he was eventually convicted in January.

Word of the fraud reached investigators in 2016 when a former employee told the state that Lookhart was profiting by performing more IV sedation than needed.

Prosecutors said he ‘placed his patients in substantial risk of serious physical injury’ by pressuring them into unnecessary sedations.

The state said that none of Lookhart’s billings had proper justification, with the dentist giving vague and unacceptable reasons such as ‘comfort’ and ‘anxiety’. 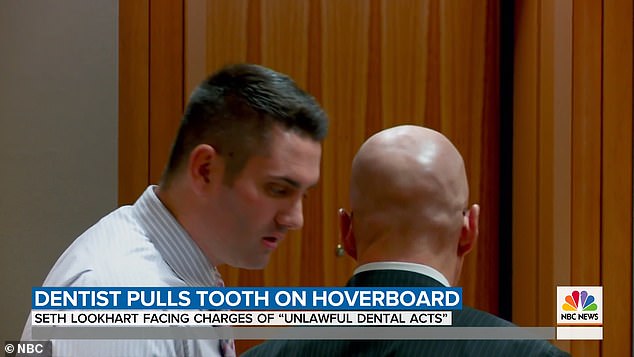 Medicaid paid him $1.9million for IV sedation services, a third of the total paid to 57 practices in the state, and he fraudulently took $250,000 from his partners

As well as the fraud, Lookhart was convicted of misdemeanor counts of illegal practice of dentistry and reckless endangerment.

The Anchorage Superior Court judge said he was particularly struck by numerous text messages in which Lookhart bragged to friends about his crimes.

Lookhart believed that unless ‘someone was standing right next to him at the time, no one would ever know’, the judge said.

The dentist also schemed to cut out his partners by billing Medicaid under a different provider identification and having payments sent directly to his home.

Since Lookhart obtained an intravenous sedation license in 2015, prosecutors said, Medicaid paid him about $1.9million for IV sedation services.

Lookhart apologized in court while reading a prepared statement.

‘While I do not doubt that I was able to render care and alleviate the pain to many people who were in dire need, I also know that I could have and should have maintained better discipline and focus while serving a patient base I came to love,’ he said.

Lookhart is scheduled to begin serving his sentence on December 7. His office manager, Shauna Cranford, is awaiting sentencing for her role in the scheme after accepting a plea deal.