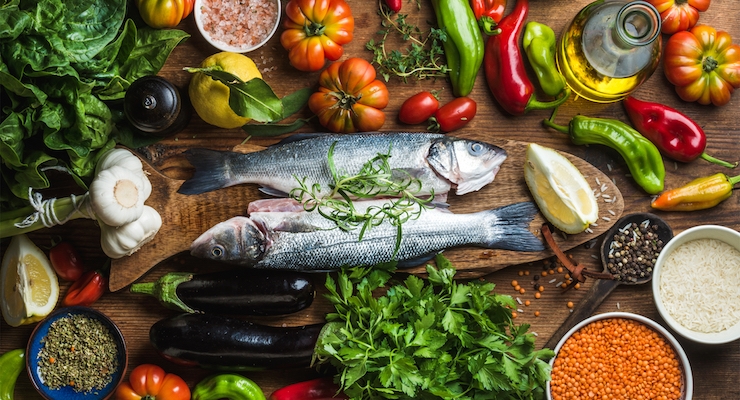 The Mediterranean diet recently scored some scientific points in an analysis conducted by National Institutes of Health researchers.

Researchers at the National Eye Institute, part of the National Institutes of Health, found that adherence to a Mediterranean diet, which is high in vegetables, whole fruits, nuts, legumes, whole grains, fish, and olive oil, correlates with higher cognitive function, and that dietary factors seem to play a role in slowing cognitive decline when coupled with reduced consumption of red meat and alcohol.

The findings came from recent analysis of data from two major eye disease studies, AREDS and AREDS 2, and were published in Alzheimer’s and Dementia: the Jounral of the Alzheimer’s Association.

While the numerical differences in cognitive function scores between participants with the highest versus lowest adherence to a Mediterranean diet were relatively small, the effects nonetheless show clear signs that cognition and neural health depend on diet.

Researchers found that the benefits of a close adherence to a Mediterranean diet were similar for people with and without the ApoE gene, which puts indivdiuals at a greater genetic risk for Alzheimer’s disease and greater cognitive decline.